1. Exposing big corruption with data to create awareness amongst citizens and fight them legally towards its logical conclusion.

3. Pressurizing on creating legislations that would make the Government more Transparent and Accountable. Arappor has come up with a model citizen bill for Lokayuktha, an Independent Investigating agency to probe corruption.

5. Creating awareness amongst people on ways to access information and seek answers from Government. Arappor conducts regular training on citizens rights and Right to Information 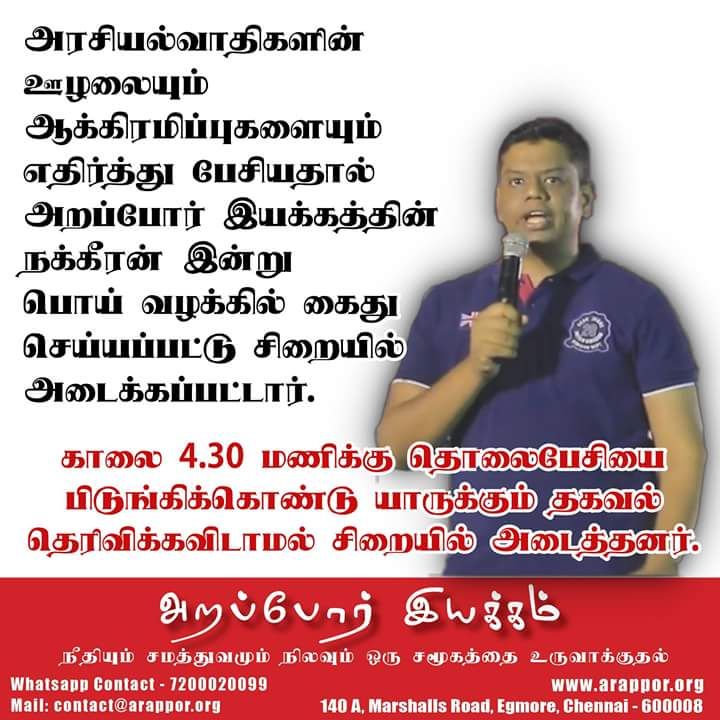